“The science of today is the technology of tomorrow.” — Edward Teller

“Success is a science; if you have the conditions, you get the result.” — Oscar Wilde

“Science is the poetry of reality.” — Richard Dawkins

“Science is a beautiful gift to humanity; we should not distort it.” — A. P. J. Abdul Kalam 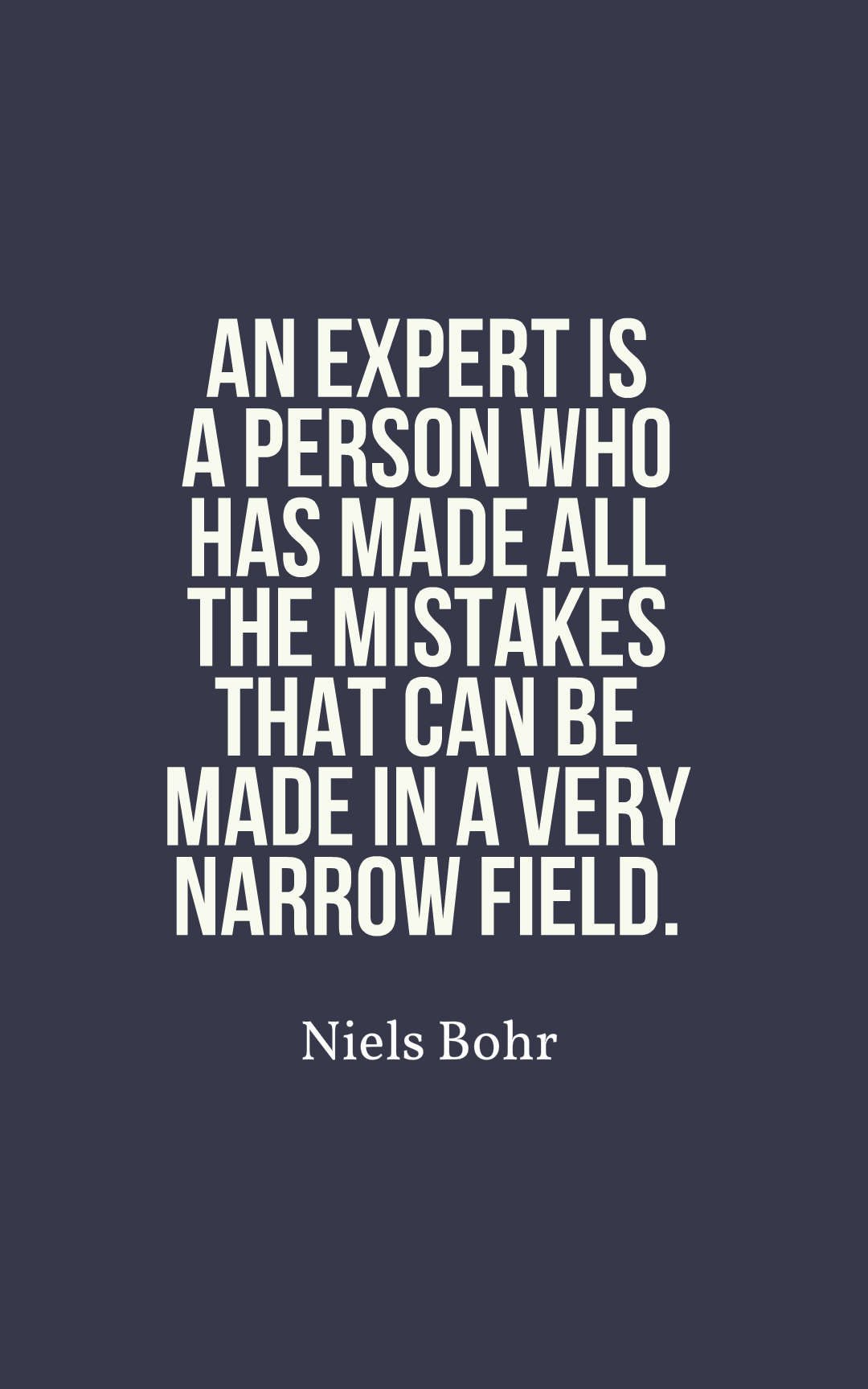 “Computer science is no more about computers than astronomy is about telescopes.” — Edsger Dijkstra

“Only two things are infinite, the universe and human stupidity, and I’m not sure about the former.” — Albert Einstein

“The good thing about science is that it’s true whether or not you believe in it.” — Neil deGrasse Tyson 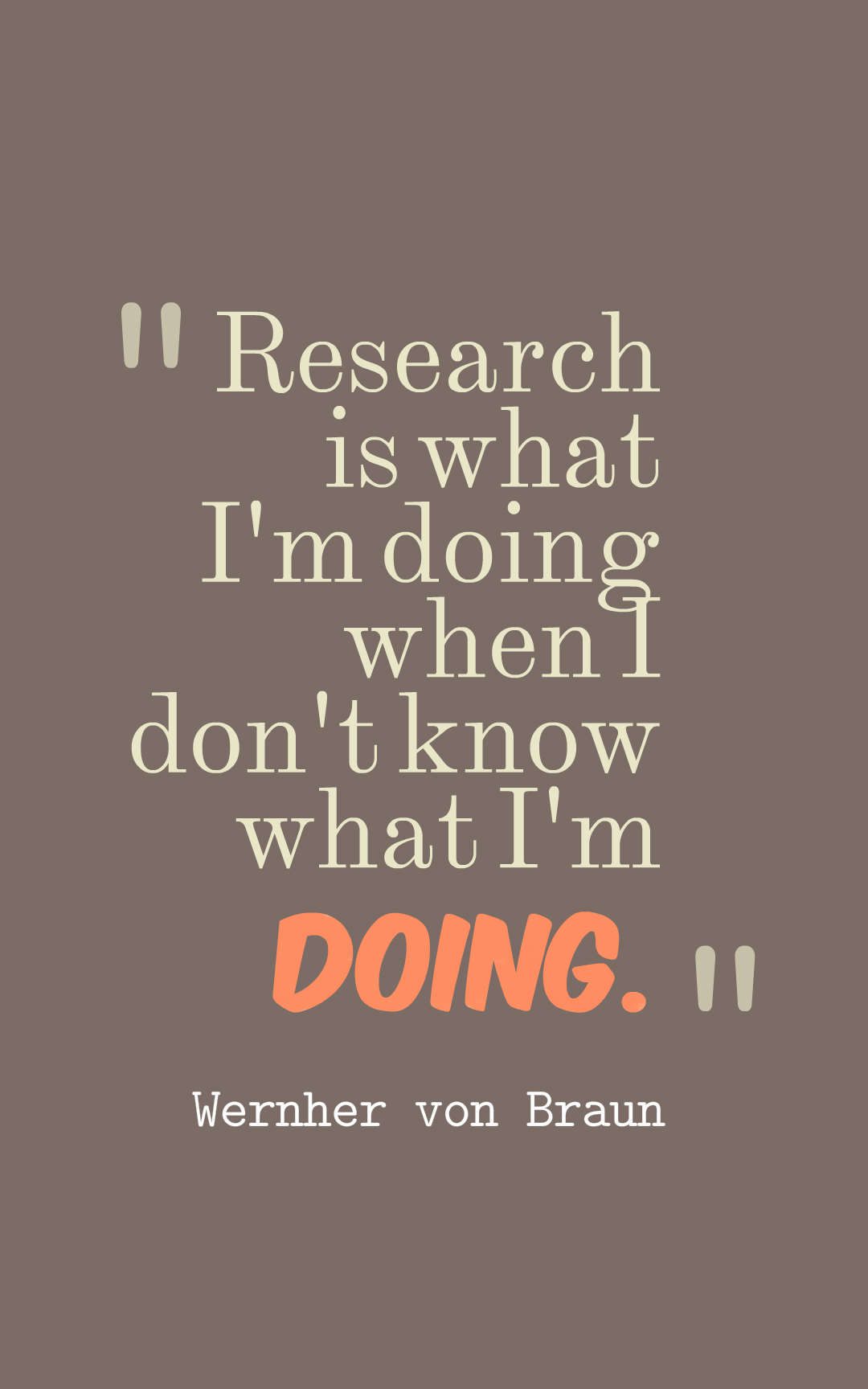 “Science is the key to our future, and if you don’t believe in science, then you’re holding everybody back.” — Bill Nye

“Science and everyday life cannot and should not be separated.” — Rosalind Franklin

“Science is about knowing; engineering is about doing.” — Henry Petroski 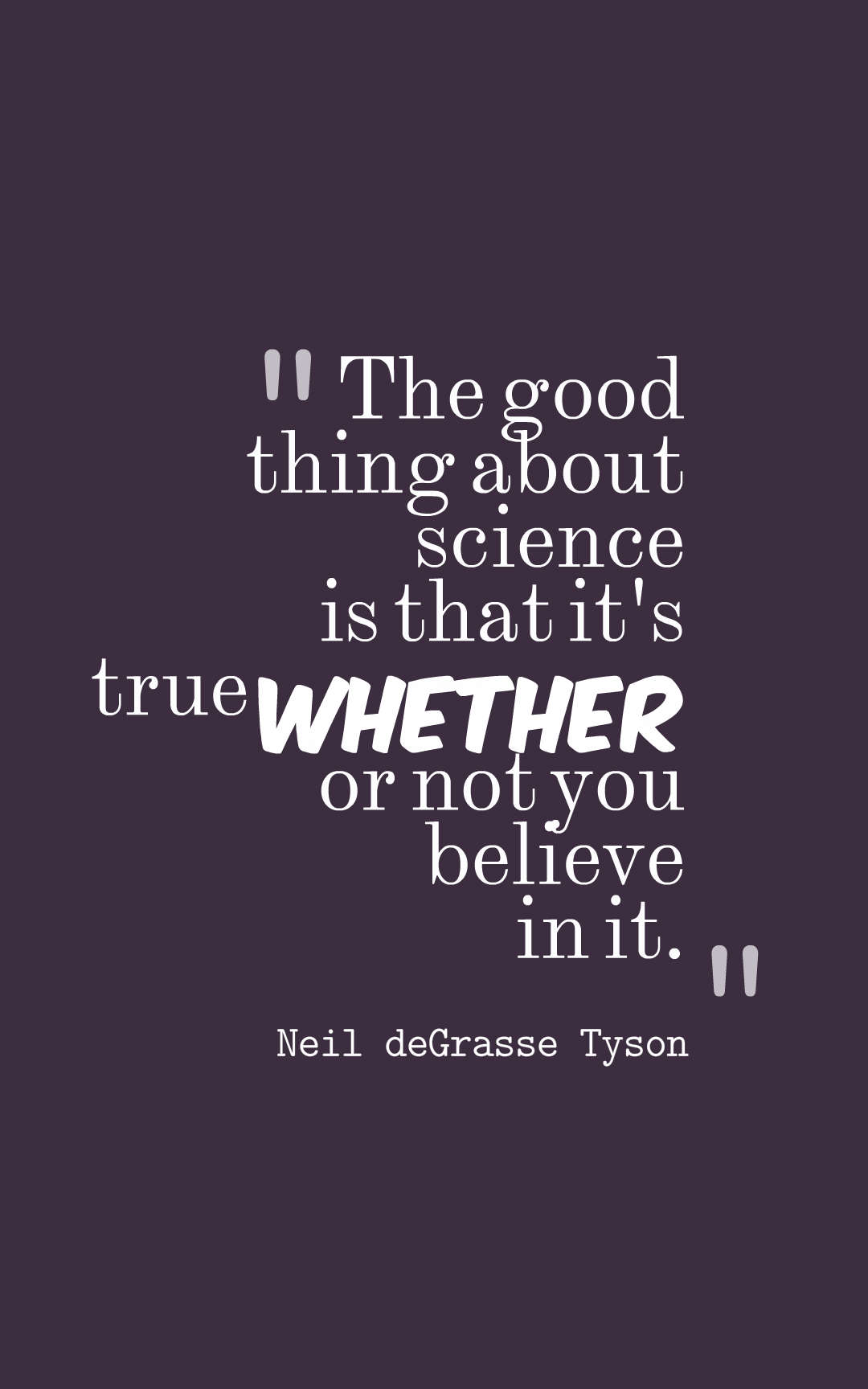 “The art and science of asking questions is the source of all knowledge.” — Thomas Berger

“Science is nothing, but trained and organized common sense.” — Thomas Huxley

“The distance between insanity and genius is measured only by success.” — Bruce Feirstein

“Everyone you will ever meet knows something you don’t.” — Bill Nye 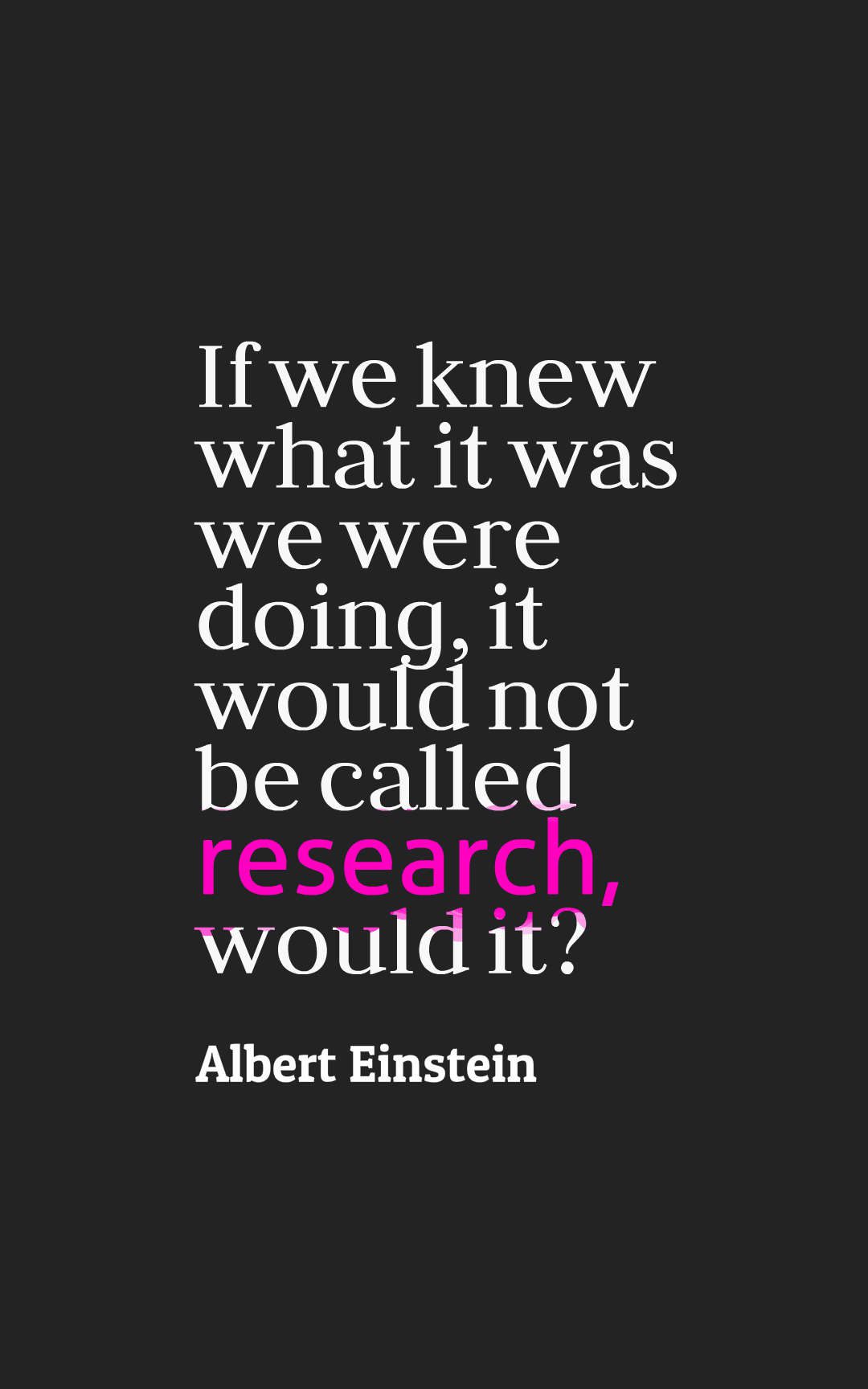 “Science is a way of thinking much more than it is a body of knowledge.” — Carl Sagan

“If we knew what it was we were doing, it would not be called research, would it?” — Albert Einstein

“Somewhere, something incredible is waiting to be known.” — Carl Sagan

“An expert is a person who has made all the mistakes that can be made in a very narrow field.” — Niels Bohr

“The people who are crazy enough to think they can change the world are the ones who do.” — Rob Siltanen

“Technology can be our best friend, and technology can also be the biggest party pooper of our lives. It interrupts our own story, interrupts our ability to have a thought or a daydream, to imagine something wonderful, because we’re too busy bridging the walk from the cafeteria back to the office on the cell phone.” — Steven Spielberg

“Technology should improve your life…not become your life.” — Billy Cox

“You never change things by fighting the existing reality. To change something, build a new model that makes the existing model obsolete.” — R. Buckminster Fuller 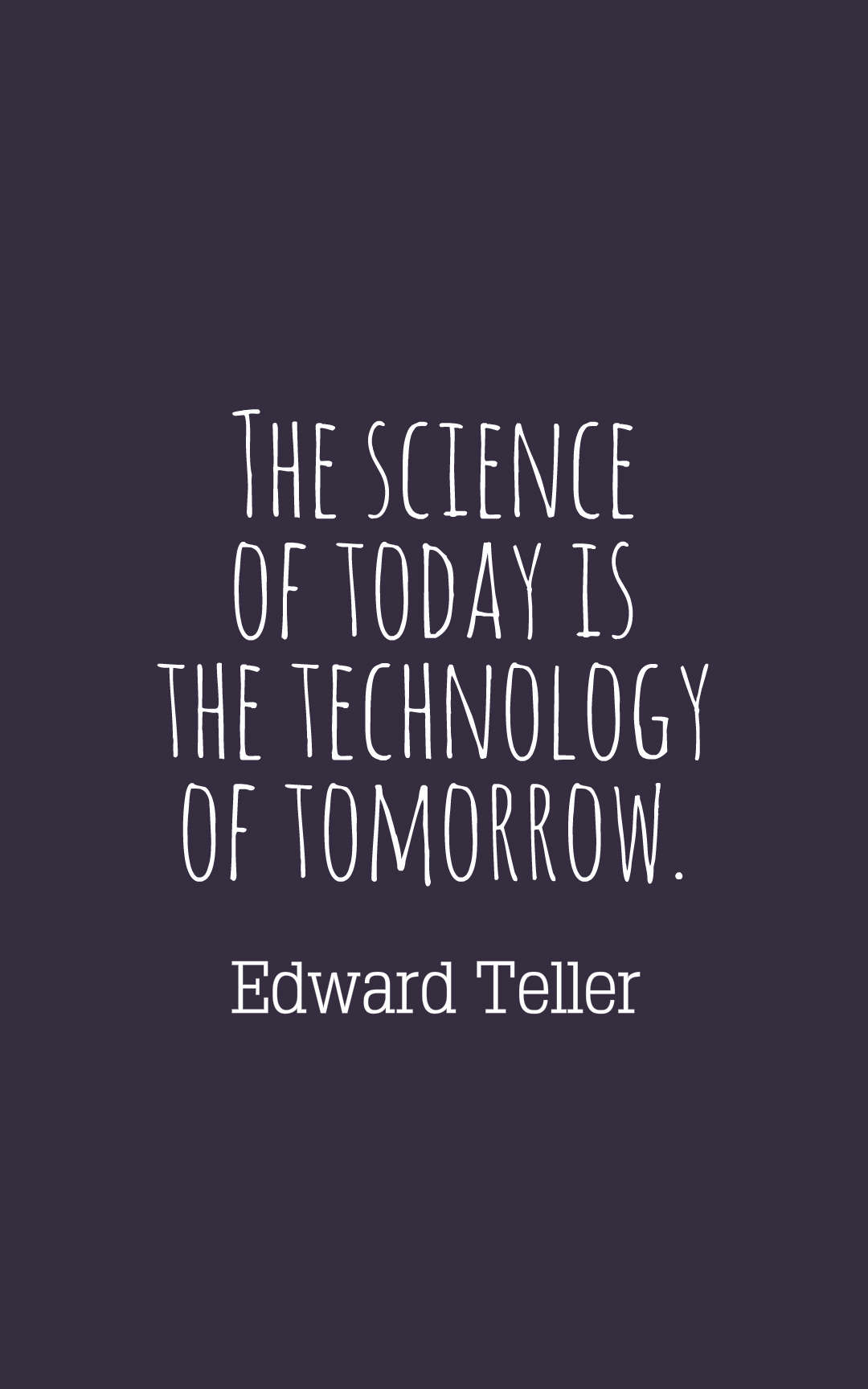 “Geeks are people who love something so much that all the details matter.” — Marissa Mayer

“New technology is not good or evil in and of itself. It’s all about how people choose to use it.” — David Wong

“Technology is a gift of God. After the gift of life it is perhaps the greatest of God’s gifts. It is the mother of civilizations, of arts and of sciences.” — Freeman Dyson

“It’s still magic even if you know how it’s done.” — Terry Pratchett

“Technology is a useful servant but a dangerous master.” — Christian Lous Lange 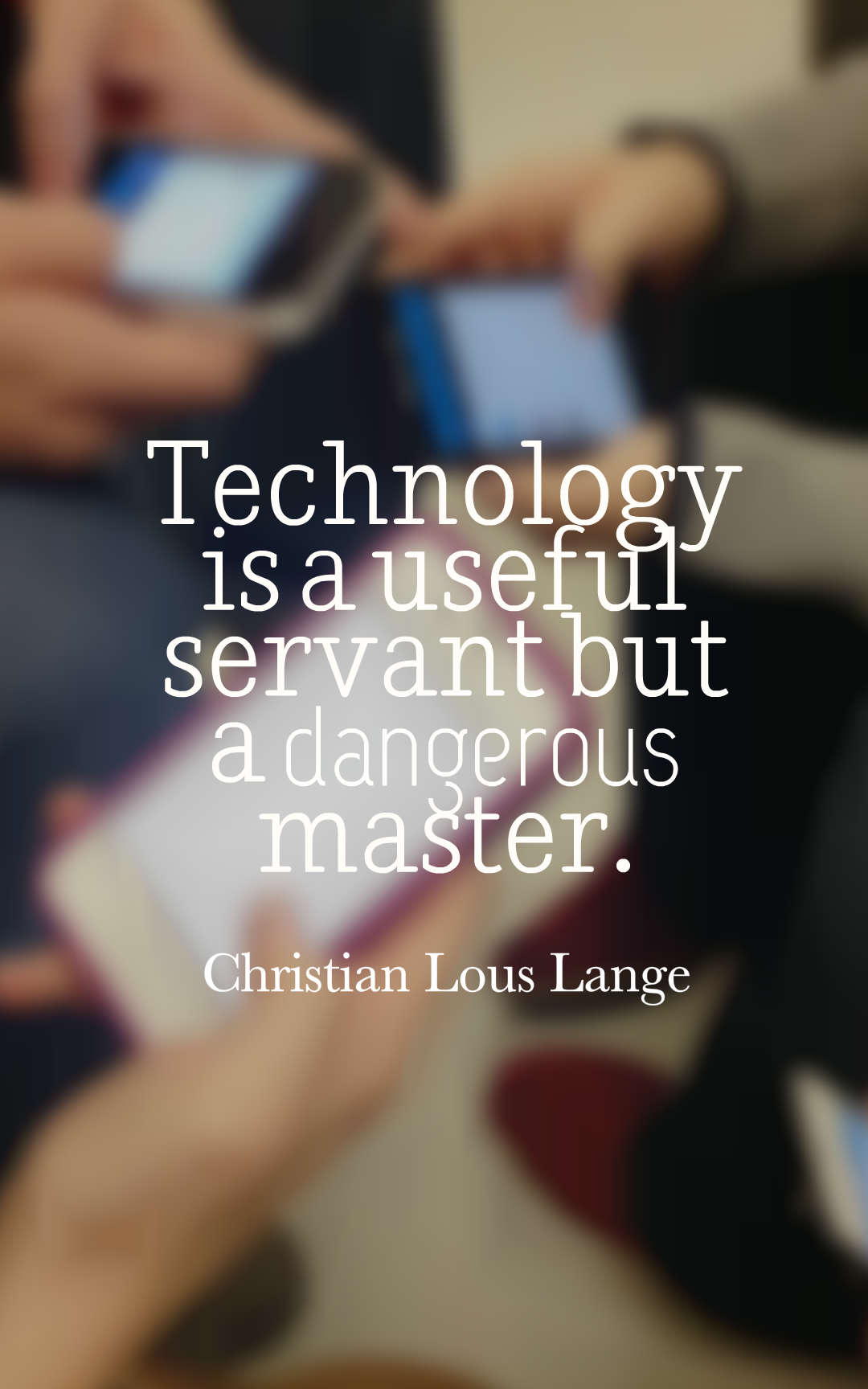 “We are stuck with technology when what we really want is just stuff that works.” — Douglas Adams

“It has become appallingly obvious that our technology has exceeded our humanity.” — Unknown

“Computers are useless. They can only give you answers.” — Pablo Picasso

“The advance of technology is based on making it fit in so that you don’t really even notice it, so it’s part of everyday life.” — Bill Gates

“Technology makes it possible for people to gain control over everything, except over technology” — John Tudor 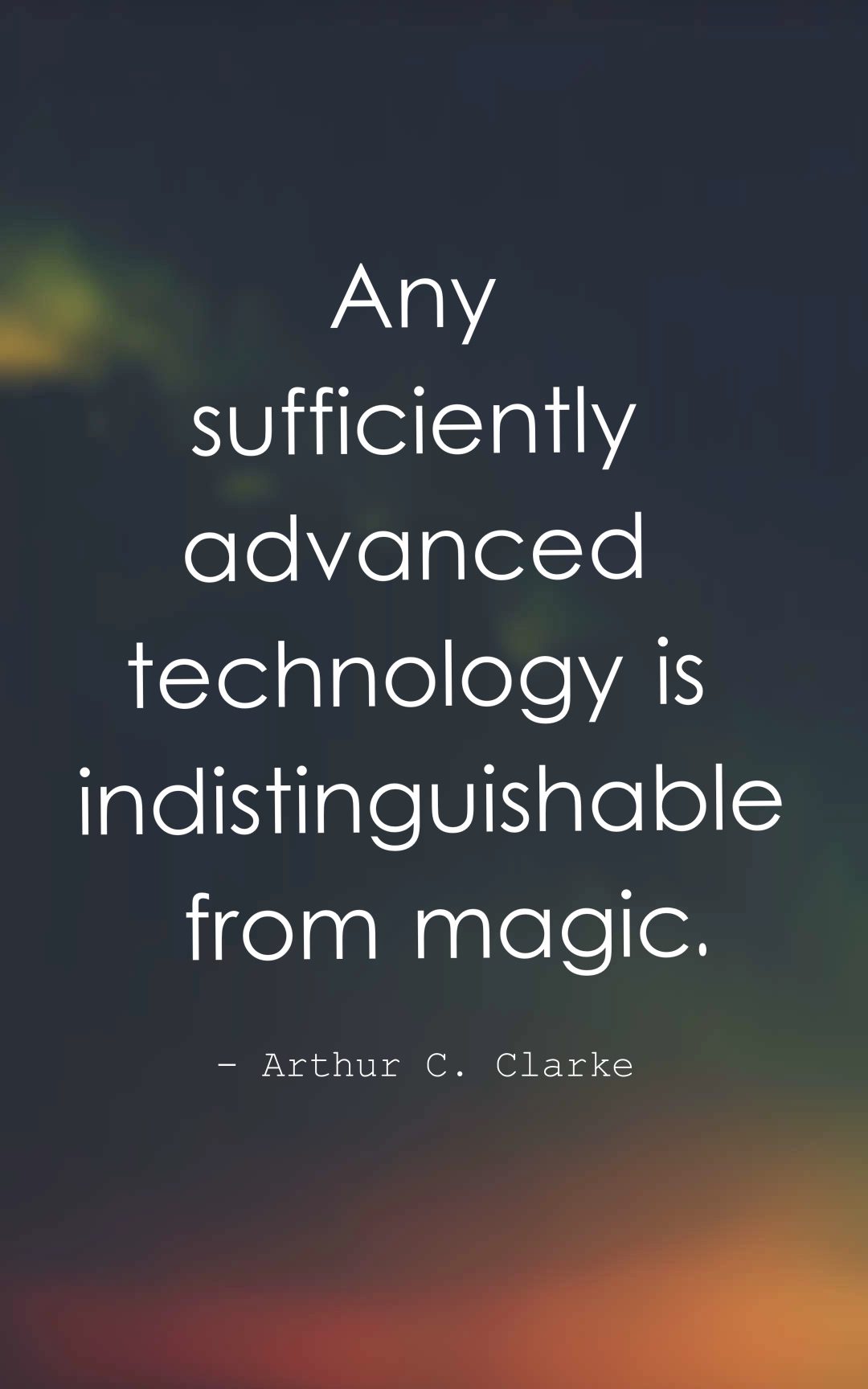 “Technology is just a tool. In terms of getting the kids working together and motivating them, the teacher is the most important.” — Bill Gates

“The technology you use impresses no one. The experience you create with it is everything.” — Sean Gerety

“Technology is nothing. What’s important is that you have a faith in people, that they’re basically good and smart, and if you give them tools, they’ll do wonderful things with them.” — Steve Jobs

“Technology is like a fish. The longer it stays on the shelf, the less desirable it becomes” — Andrew Heller

“While technology is important, it’s what we do with it that truly matters.” — Muhammad Yunus 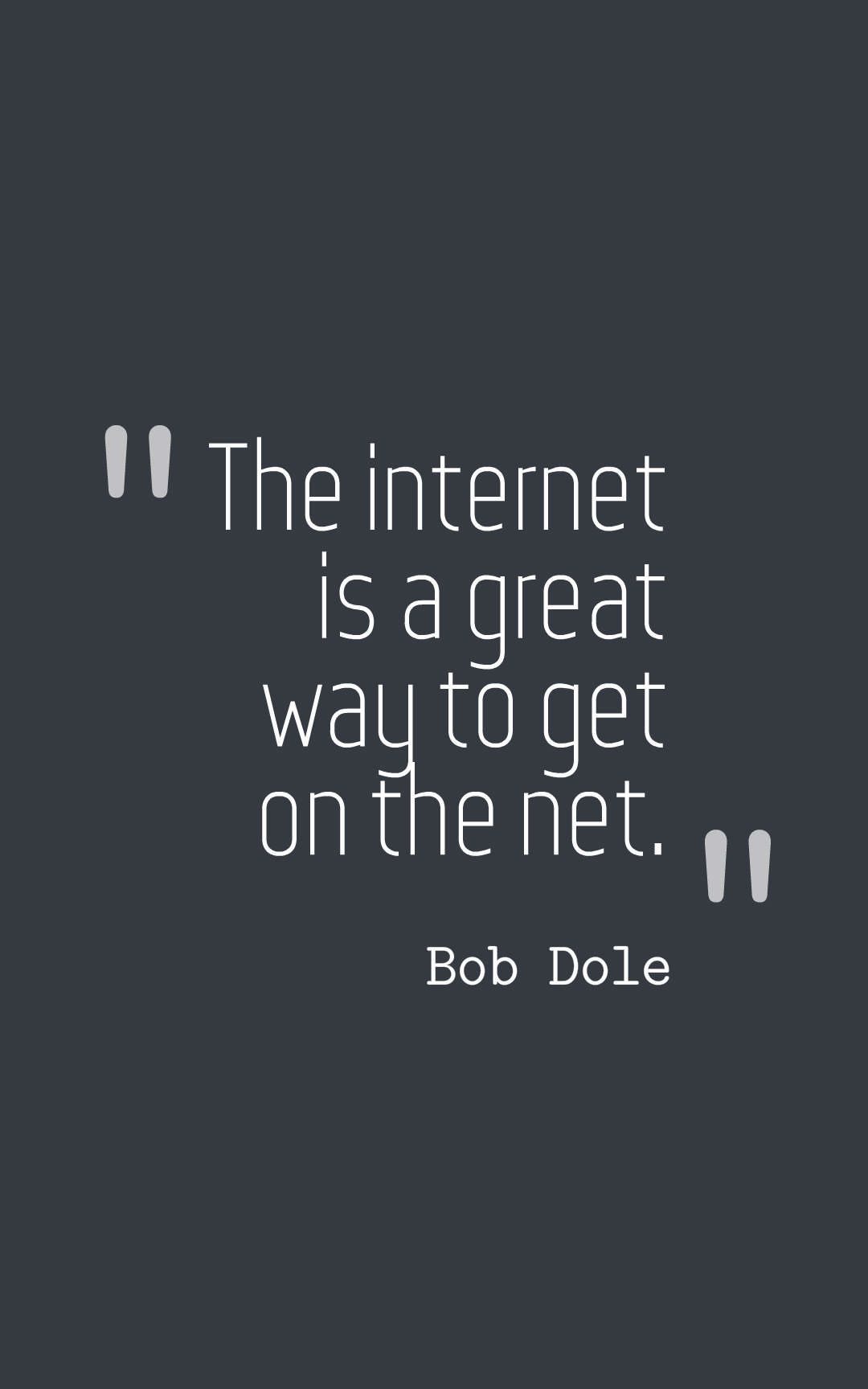 “The internet is a great way to get on the net.” — Bob Dole

“This is why I loved technology: if you used it right, it could give you power and privacy.” — Cory Doctorow

“People are saying I don’t need science, I have everything, but everything is based on science.” — Rolf-Dieter Heuer

“I’m on the pro-science side of the Republican Party.” — Matt Gaetz

“So I decided on science when I was in college.” — Sally Ride

“We do a lot of science on the space station. Over the course of the year, there’ll be 400 to 500 different investigations in all different kinds of disciplines. Some are related to improving life on earth in material science, physics, combustion science, earth sciences, medicine.” — Scott Kelly

“As a student, I wrote English reports on science fiction.” — Buzz Aldrin

“I cannot live on myths; somehow, science convinces me more easily. I am prone to lean towards science, ethics, and philosophy rather than myth, religion, and rituals.” — Kamal Haasan

“Religion can have psychological and social roles, but in terms of really explaining how things work, science works differently. Science is based on material elements at the core.” — Lisa Randall

“I’ve always been on the side of science that tries to help man. I play an active part with the foundations I’m involved in. Science gives hope.” — Andrea Bocelli

Hopefully you will enjoy these inspirational collection of Famous quotes on science and technology. please don’t forget to share these quotes.