Every one of us want freedom of souls and minds freedom is blessing it is the door from where you can step up in new dimensions of thinking on the broad spectrum where you can free your souls thinking and ideas from a narrow bottle into open air where they can fully free to breathe openly and become more fruitful.

Without freedom, world would empty colors of life will fade away and life would just become that we are forced to live in a cage or solitary.

Following are the inspirational Freedom quotes and sayings with images.

“Walk where your heart leads you, there are no restrictions and no burdens.” — Gao Xingjian

“You have the freedom to choose to be optimistic or pessimistic.” — Rhonda Byrne

“Freedom would be meaningless without security in the home and in the streets.” — Nelson Mandela

“The truth will set you free, but first it will piss you off.” — Joe Klaas

“It’s only after we’ve lost everything that we’re free to do anything.” — Chuck Palahniuk

“It takes getting everything you ever wanted and then losing it to know what true freedom is.” — Lana Del Rey 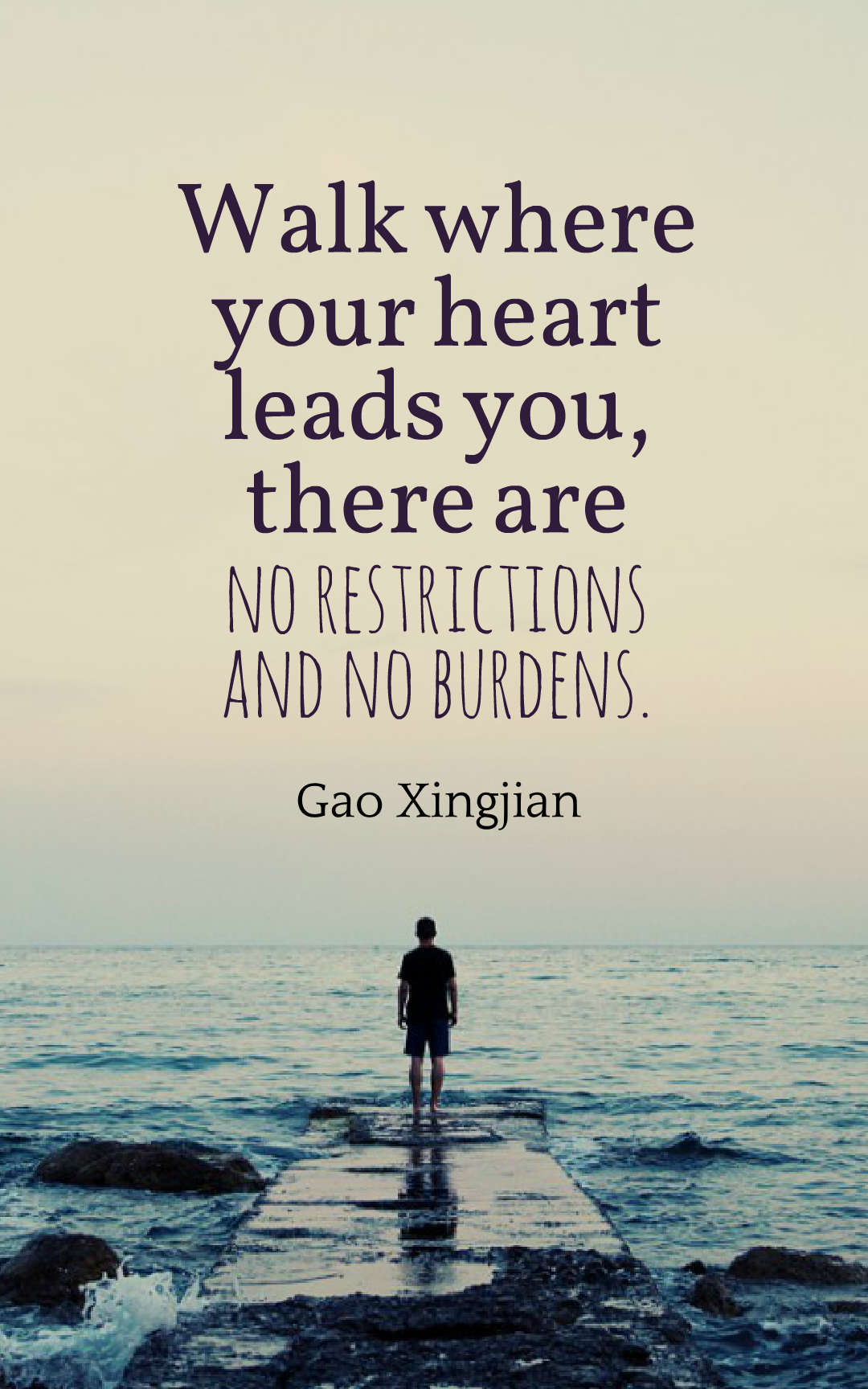 “I am no bird; and no net ensnares me: I am a free human being with an independent will.” — Charlotte Brontë

“Just living is not enough… one must have sunshine, freedom, and a little flower.” — Hans Christian Andersen

“The only real prison is fear, and the only real freedom is freedom from fear” — Aung San Suu Kyi

“Life without liberty is like a body without spirit.” — Kahlil Gibran

“Freedom is not worth having if it does not include the freedom to make mistakes.” — Mahatma Gandhi

“Everything that is really great and inspiring is created by the individual who can labor in freedom.” — Albert Einstein 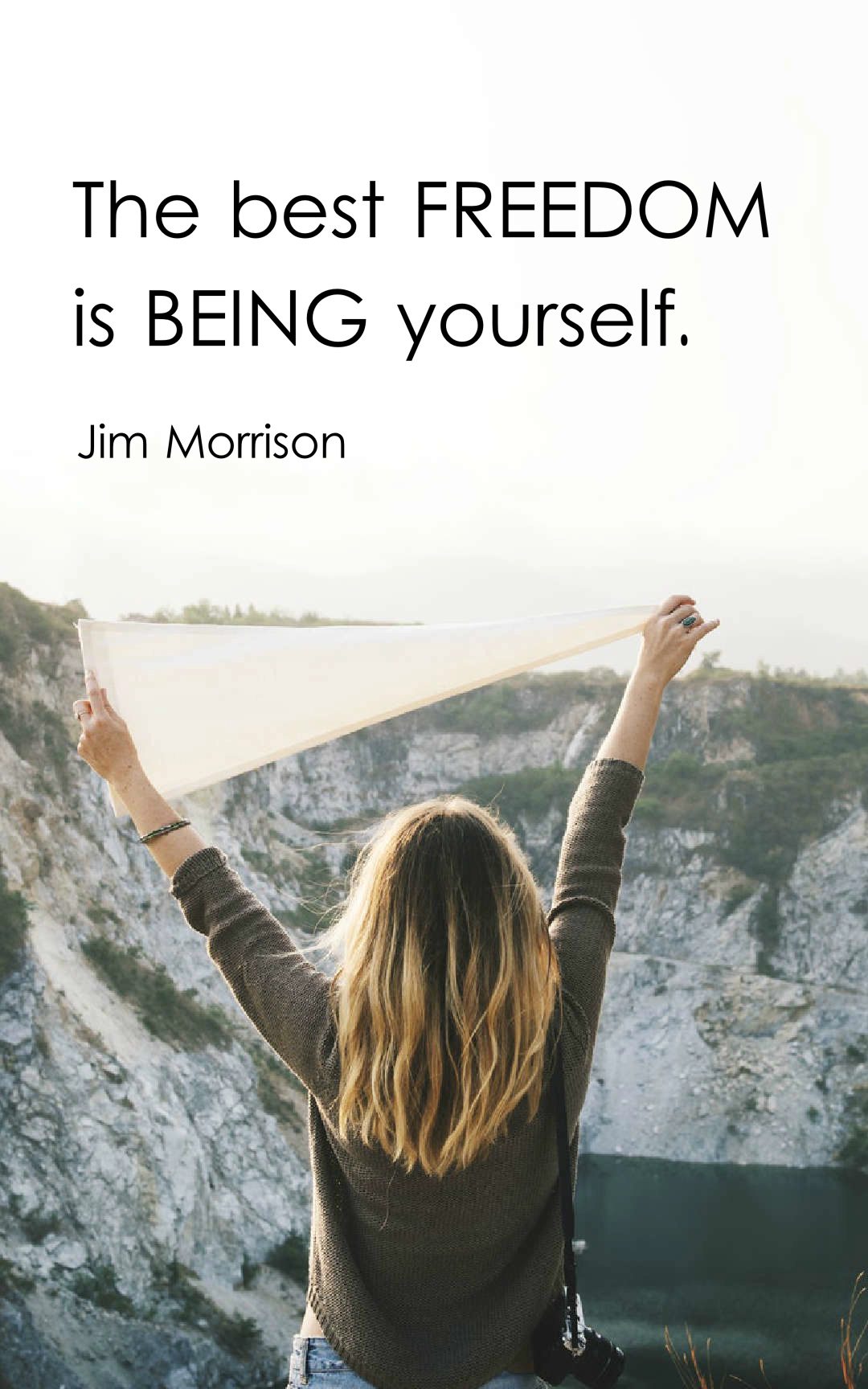 “The amount of happiness that you have depends on the amount of freedom you have in your heart.” — Thich Nhat Hanh

“Freedom is the right to question and change the established way of doing things.” — Ronald Reagan

“Freedom is the open window through which pours the sunlight of the human spirit and human dignity.” — Herbert Hoover

“It is easy to take liberty for granted, when you have never had it taken from you.” — Dick Cheney

“If you don’t allow freedom, then you can’t have freedom.” — Aaron Russo

“Freedom is the right to one’s dignity as a man.” — Archibald MacLeish

“When a man is denied the right to live the life he believes in, he has no choice but to become an outlaw.” — Nelson Mandela

“Freedom: to walk free and own no superior” — Walt Whitman

“When you come to a point, where you have no need to impress anybody, your freedom, your life, will begin.” — Unknown

“Freedom is the will to be responsible for ourselves.” — Friedrich Nietzsche

“A friend is someone who gives you total freedom to be yourself.” — Jim Morrison

“Freedom is being you without anyone’s permission.” — Unknown

“Freedom’s just another word for ‘nothing left to lose.’” — Kris Kristofferson

“One of the greatest mental freedoms is truly not caring what anyone else thinks of you.” — Unknown 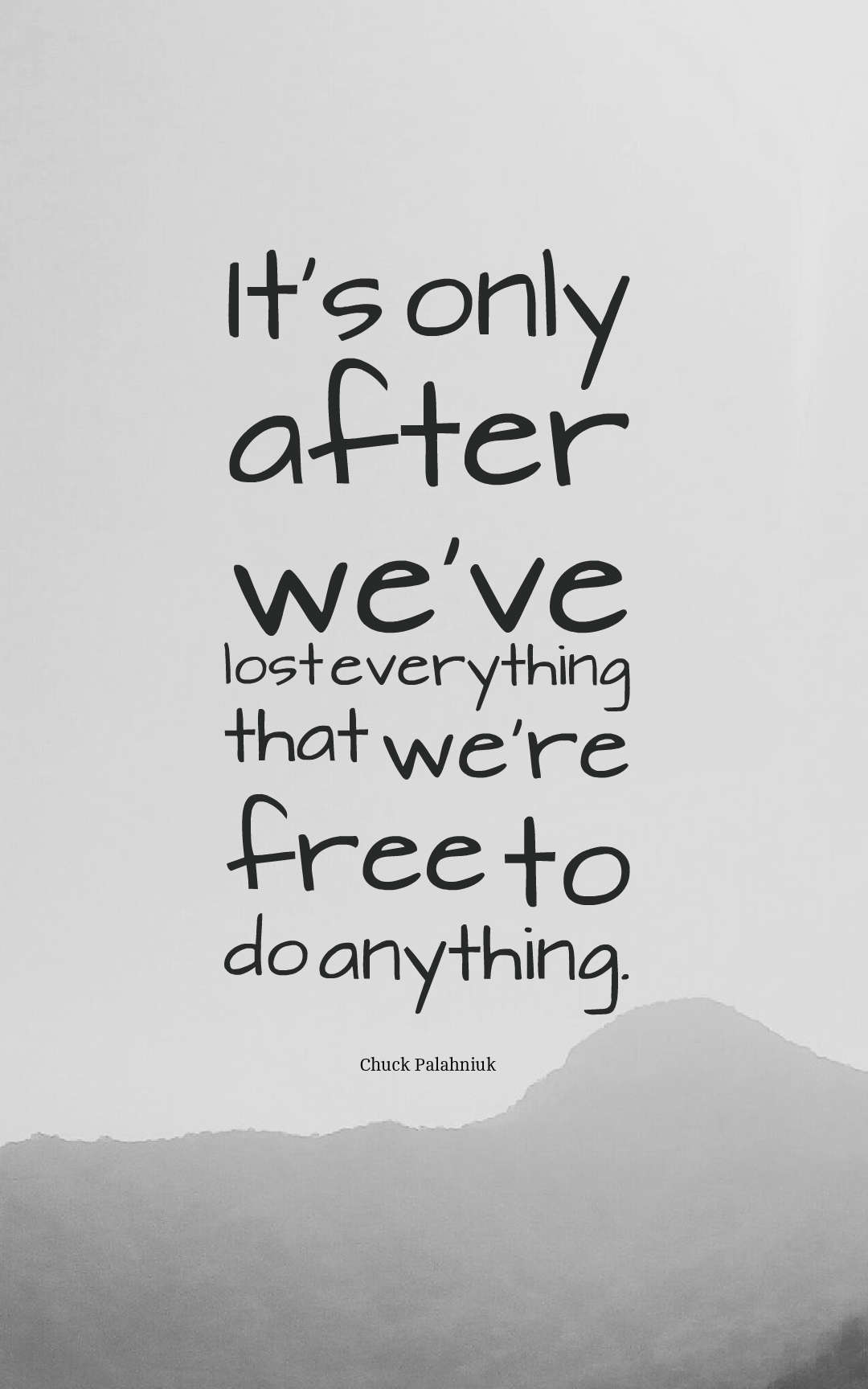 “Now that she had nothing to lose, she was free.” — Paulo Coelho

“Freedom is the greatest generator of prosperity and happiness in human history.” — Will Spencer

“A hero is someone who understands the responsibility that comes with his freedom.” — Bob Dylan

“Freedom is something that dies unless it’s used.” — Hunter S. Thompson

“The price of freedom is eternal vigilance.” — John Philpot Curran

“Freedom is nothing but a chance to be better.” — Albert Camus 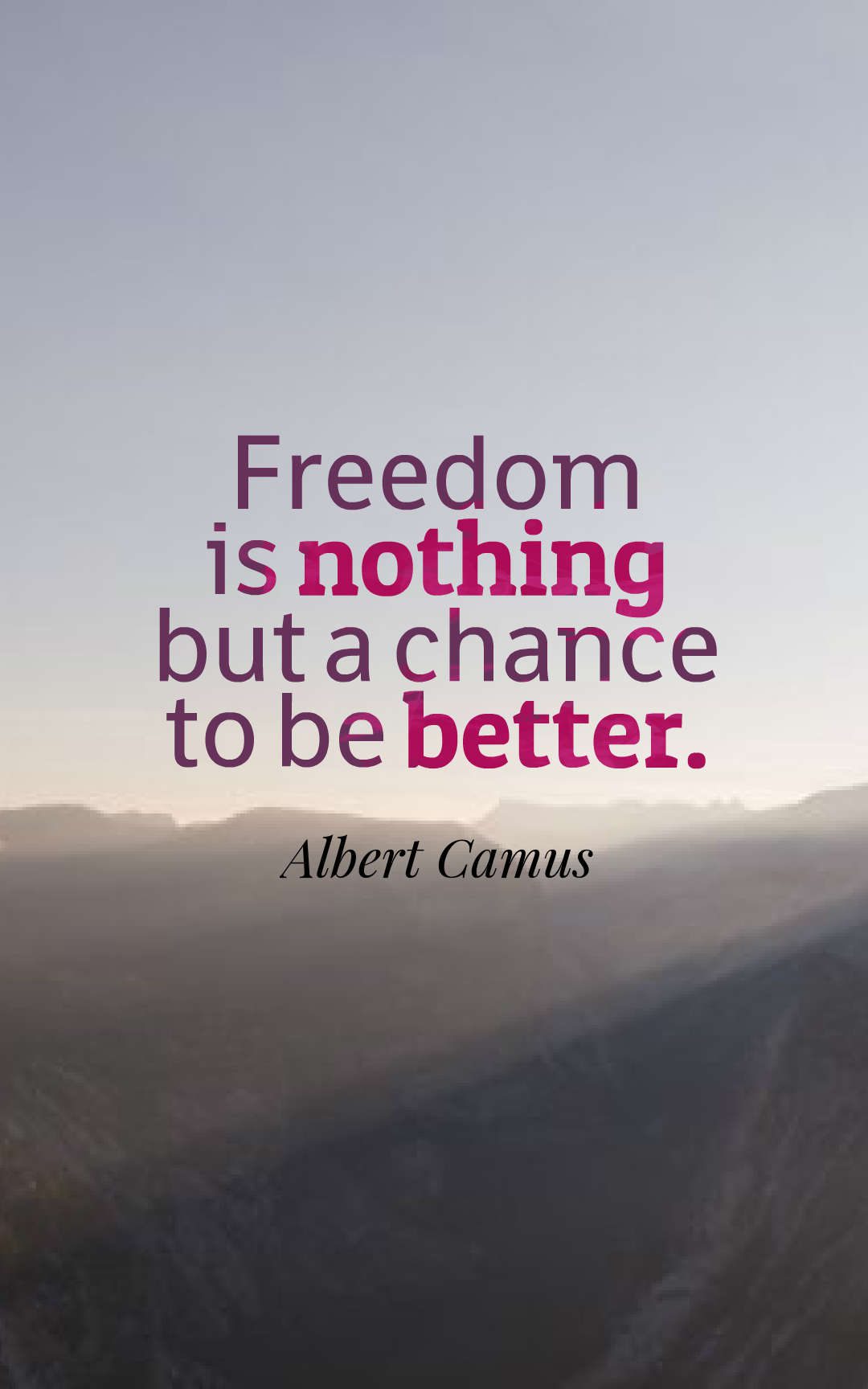 “Freedom is found when we let go of who we’re supposed to be and embrace who we really are.” — Unknown

“Freedom is not the absence of commitments, but the ability to choose – and commit myself to – what is best for me.” — Paulo Coelho

“On the other side of fear lies freedom.” — Unknown

“Money won’t create success, the freedom to make it will.” — Nelson Mandela

“Freedom is a state of mind.” — Walter Mosley

“Can you remember who you were, before the world told you who you should be?” — Danielle LaPorte

“Freedom is being allowed to think your own thoughts and live your own life.” — John F. Kennedy

“Sometimes what you’re most afraid of doing is the very thing that will set you free.” — Robert Tew

“Live free or die: Death is not the worst of evils.” — General John Stark 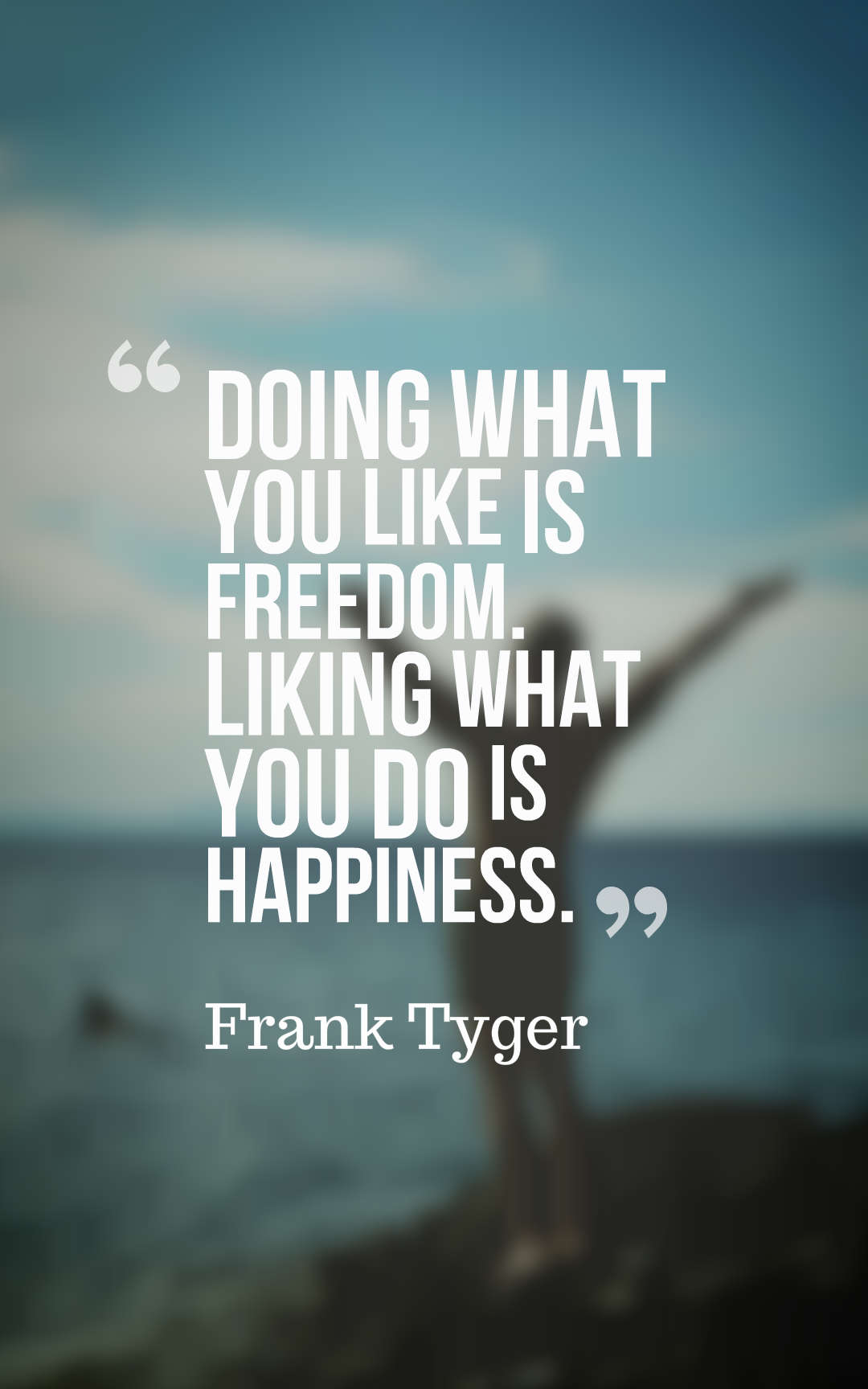 “Those who do not move, do not notice their chains.” — Rosa Luxemburg

“A single day of freedom is worth more than a lifetime in chains.” — Grey Worm

“Be who you want to be, not what others want to see. Be true, unique and free.” — Unknown

“We must be free not because we claim freedom, but because we practice it.” — William Faulkner

“The hardest prison to escape is your mind.” — Unknown

“I want freedom for the full expression of my personality.” — Mahatma Gandhi

“The freedom to be yourself is a gift only you can give yourself but once you do, no one can take it away.” — Doe Zantamata 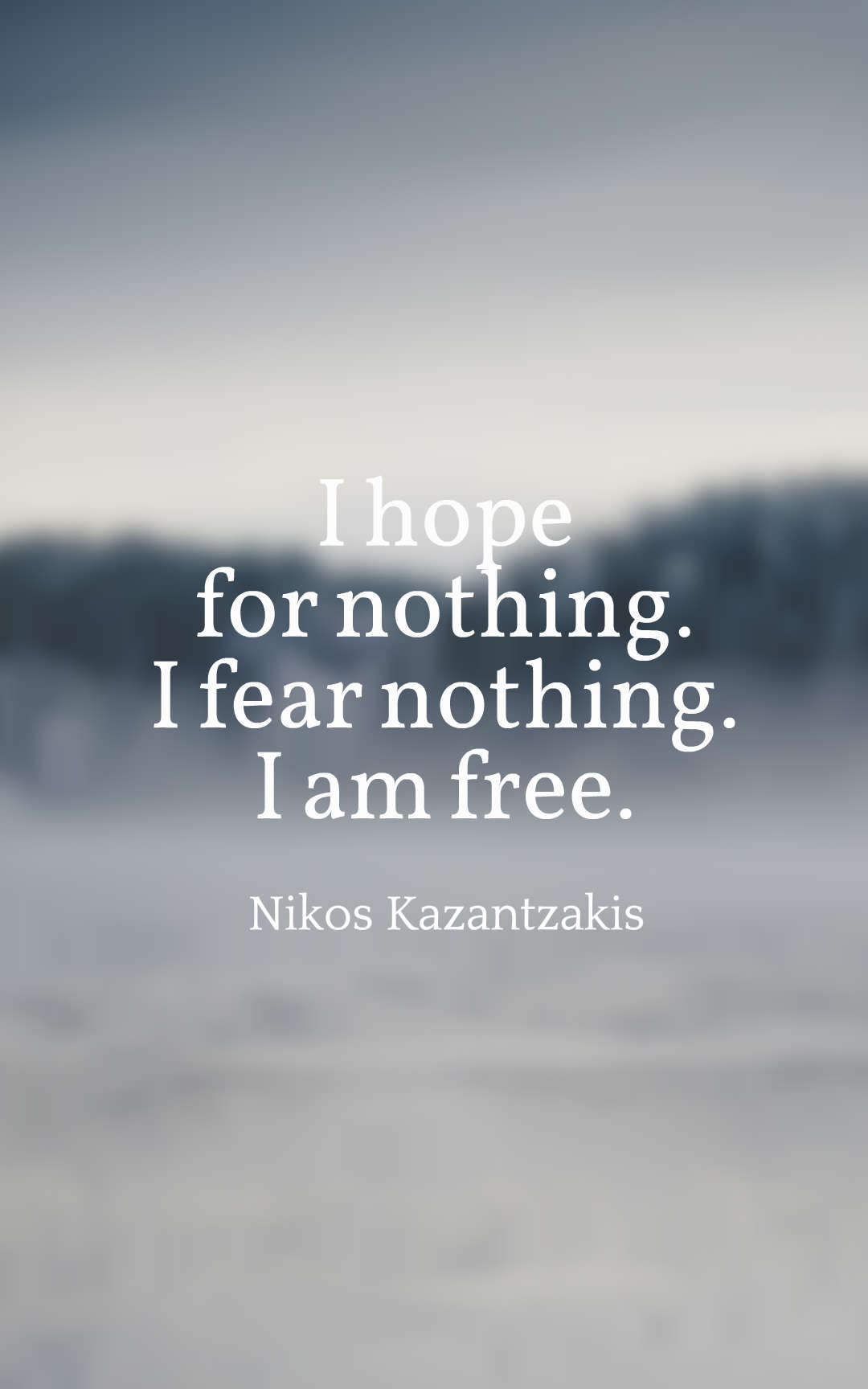 “Man is free at the moment he wishes to be.” — Voltaire

“The minute I stopped caring about what other people thought and started doing what I wanted to do is the minute I finally felt free.” — Unknown

“You are confined only by the walls you build yourself.” — Andrew Murphy

“True freedom is impossible without a mind made free by discipline.” — Mortimer J. Adler

“Our greatest freedom is the freedom to choose our attitude.” — Viktor E. Frankl 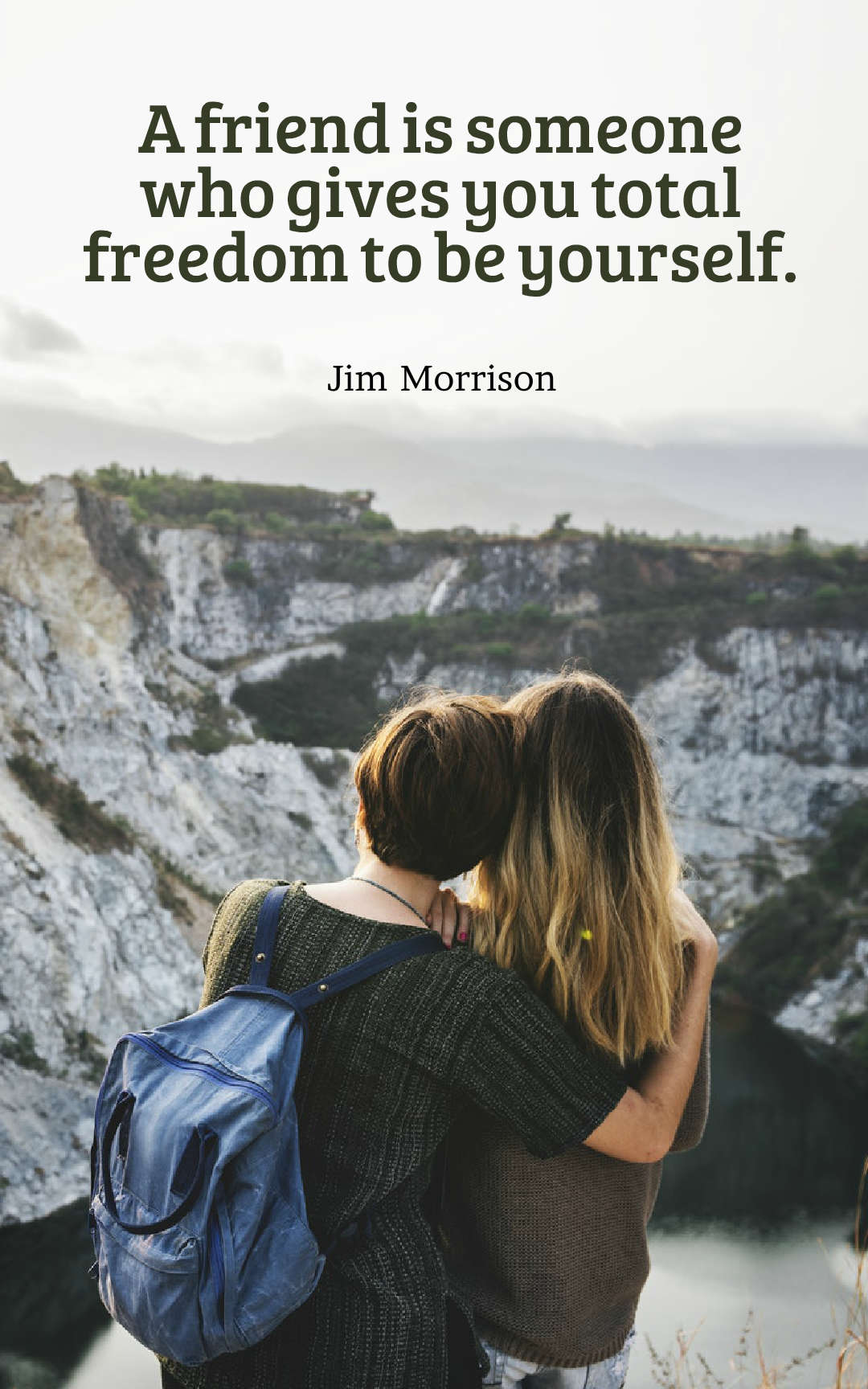 “There is a huge amount of freedom that comes to you when you take nothing personally.” — Don Miguel Ruiz

“I always wonder why birds choose to stay in the same place when they can fly anywhere on the earth, then I ask myself the same question.” — Harun Yahya

“Reality is merely an illusion, albeit a very persistent one.” — Albert Einstein

“The best freedom is being yourself.” — Jim Morrison

“The only way to deal with an unfree world is to become so absolutely free that your very existence is an act of rebellion.” — Albert Camus

“Freedom’s just another word for nothing left to lose.” — Kris Kristofferson 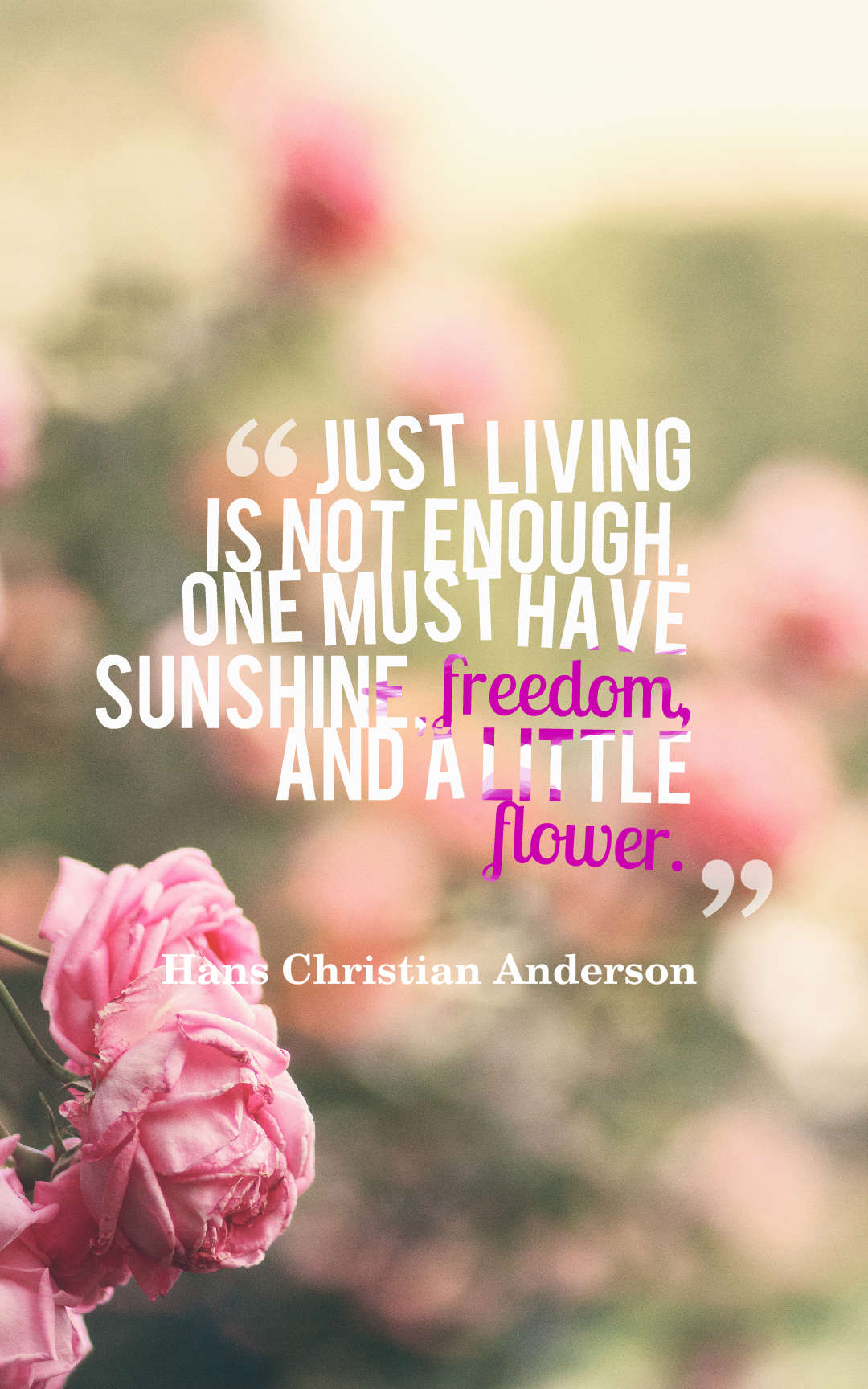 “Keep your best wishes, close to your heart and watch what happens” — Tony DeLiso

“Sometimes what you’re most afraid of is the very thing that will set you free.” — Unknown

“Always do what you are afraid to do.” — Ralph Waldo Emerson

“Sometimes you have to let go and be free.” — Unknown

“Freedom is never given; it is won.” — A. Philip Randolph

“Freedom is what you do with what’s been done to you.” — Jean-Paul Sartre

“The first duty of a man is to think for himself.” — José Martí

Hopefully you will enjoy these inspiring and motivating collection of freedom quotes and sayings. please don’t forget to share these quotes.